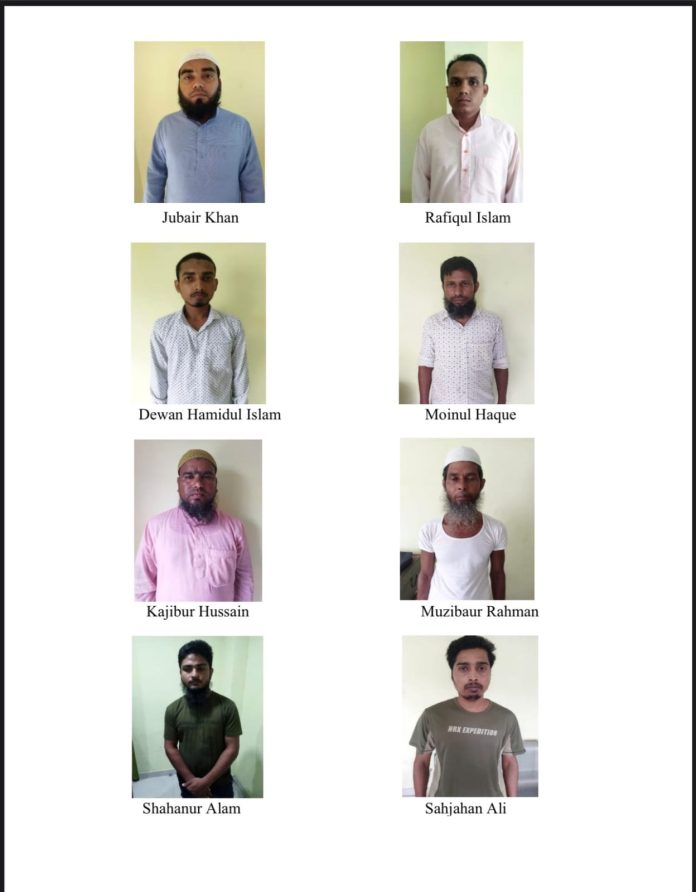 In a major anti-terror operation, twelve alleged Jihadis, with links to the Bangladesh-based terror group Ansarul Islam, were arrested from Assam’s Barpeta Morigaon, Goalpara and Kamrup(M) districts, Assam Police informed on Thursday. Seven others, suspected to be linkmen of the same outfit were also nabbed in Morigaon district.

This is in continuation to many such terror modules that were busted from the state in the last 3-4 years , significantly from the vulnerable districts of Barpeta, Goalpara, Dhuburi, Morigaon, Nagaon of Lower and Middle Assam. There has been a sharp rise of anti-national activities and cross-border terror over the past few years in the region.

Assam Police in coordination with the National agencies came out successful in what is being said a major breakthrough in the region.

More links associated with the nabbed suspects are being investigated into by NIA and Assam Police.

Among the arrested accused, one Afsaruddin Bhuyan from Morigaon has links with AQIS/ABT and one Mustafa is an important financial conduit. They were running madrassas named Jamiul Huda Madrassa at Sahariapam & Banat Madrassa in Horuchala, Morigaon.

This is a developing story.