Grand Diwali to celebrate in Ayodhya UP 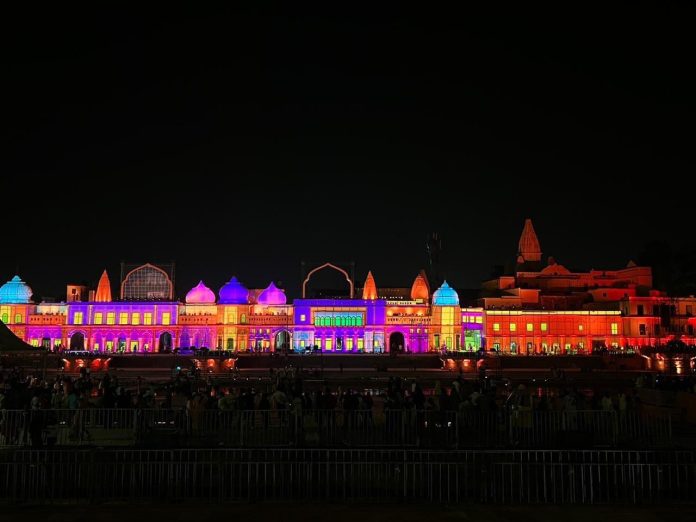 The famous Deepotsav function on the occasion of Diwali will be celebrated in Ayodhya, Uttar Pradesh today evening.

Deepotsav is being held for six consecutive years and the scale has increased with each celebration. All temples, even those in narrow lanes and by-lanes of Ayodhya, will be decorated and illuminated on deepotsava today evening.

The main event will be presided over by Prime Minister Narendra Modi. He will reach Ayodhya this evening to take part in Deepotsav function on the eve of Deepavali.

Prime Minister will witness Aarti at New Ghat, Saryu river, which will be followed by the kickstart of the grand Deepotsav celebrations by the Prime Minister.

This year, the sixth edition of Deepotsav is being held, and it is for the first time that the Prime Minister will be participating in-person in the celebrations.

Our correspondent reports that Welcoming tourists and devotees across the word on the occasion of Deepotsav, the chief minister of Uttar Pradesh Yogi Adityanath said in his message that this Deepotsav of New Uttar Pradesh carries the message of Atmanirbharta and Swadeshi.

Animal husbandry Minister in state government Dharampal Singh has said that more than one lakh earthen lamps made of cow dung will be lit at ramlala and other areas also. Unprecedented security arrangements have been made in and around Ayodhya city in the wake of prime minister’s visit.