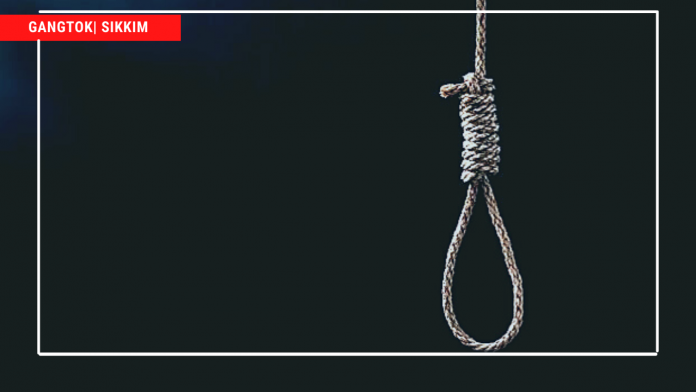 A 30-year woman from Gangtok committed suicide by hanging herself at her residence in Development Area Gangtok, under Gangtok police station, on Friday 11th June. According to sources, she had a long-running dispute with her husband, which pushed her into taking the extreme step. A case was registered after her family alleged murder in their complaint. Whereas the husband claims it’s false and allegation.

Speaking to The Sikkim Today coverage yesterday, Her family told her that she had married a man named Sapan Giri. Deceased’s sisters Seema Chettri and Prakriti Chettri who had a conference with The Sikkim Today said she did not commit suicide she is murdered by her husband.

According to police sources, Ambika Chettri (30) was found hanging in her husband’s house in the Development area, which was locked from inside. However, it was alerted to the police. A team from Gangtok police station reached the spot and carried out the initial investigation.

The deceased’s sister also accused Sapan Giri of beating and torturing her “ever since she got married to him she was badly treated mentally and physically torture by her husband even during her mensuration time he used to beat her.”

Her family members maintain that the woman was being mentally and physically abused by her husband all the time. They have refused to believe that it was a suicide and have demanded a strong investigation into the incident.

Meanwhile, in The Sikkim Today after the report went viral citizens strongly called it clear domestic violence against women and seeking justice for women.

Police said, “A probe is being conducted. Action will be taken according to the report”