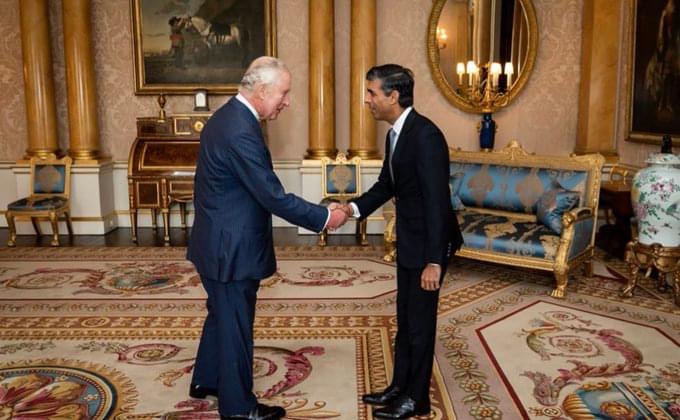 Former Finance Minister Rishi Sunak has become Prime Minister of the United Kingdom. He met at Buckingham Palace with King Charles III, who accepted the resignation of Liz Truss. In a constitutional monarchy, the monarch plays a ceremonial role in appointing government leaders.

In his first speech, Sunak said that the UK is facing a profound economic crisis and that he has been chosen to take office to fix some of Liz Truss’s mistakes. Speaking to the public from outside No 10 Downing Street, he said trust is earned, and he will earn yours. He said together we can achieve incredible things.

In a short farewell speech earlier, Liz Truss defended her legacy of trying to push through tax cuts and said leaders needed to be bold.

Sunak at the age of 42 is the youngest British leader in more than 200 years. He is expected to immediately begin appointing a Cabinet and getting to grips with an economy sliding toward recession. The third Conservative Prime Minister this year, he will also try to unite a governing party that is riven with divisions.

Sunak was selected as leader of the governing Conservative Party yesterday as it tries to stabilize the economy, and its own plunging popularity, after the brief, disastrous term of Liz Truss.