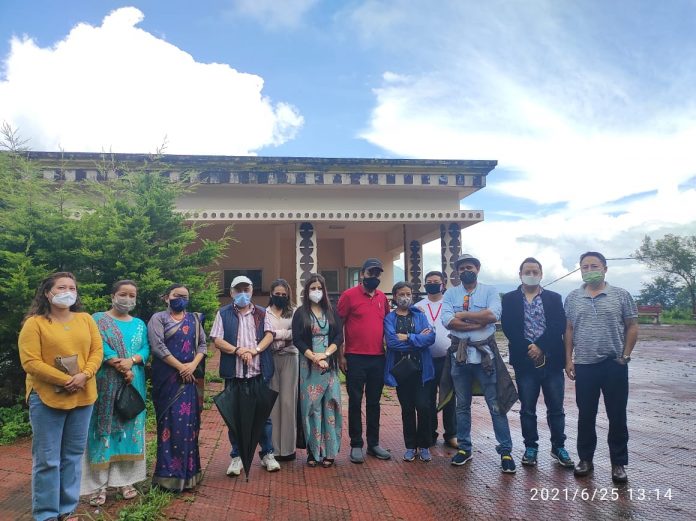 Officials from the Department of Tourism, Information and Public Relations (IPR) and Film Board, Government of Sikkim conducted a joint inspection of Yangang Cultural Park today. Without making any major announcement about the nature of the visit, it is being reported that a major plan is under works which will benefit the people and the Government of Sikkim.

Yangang Cultural Park was sanctioned in 2006 and the construction was completed in 2015. However due to the negligence of the previous SDF Government, the infrastructure is in a dilapidated condition. Today’s visit brings new hopes and aspirations.