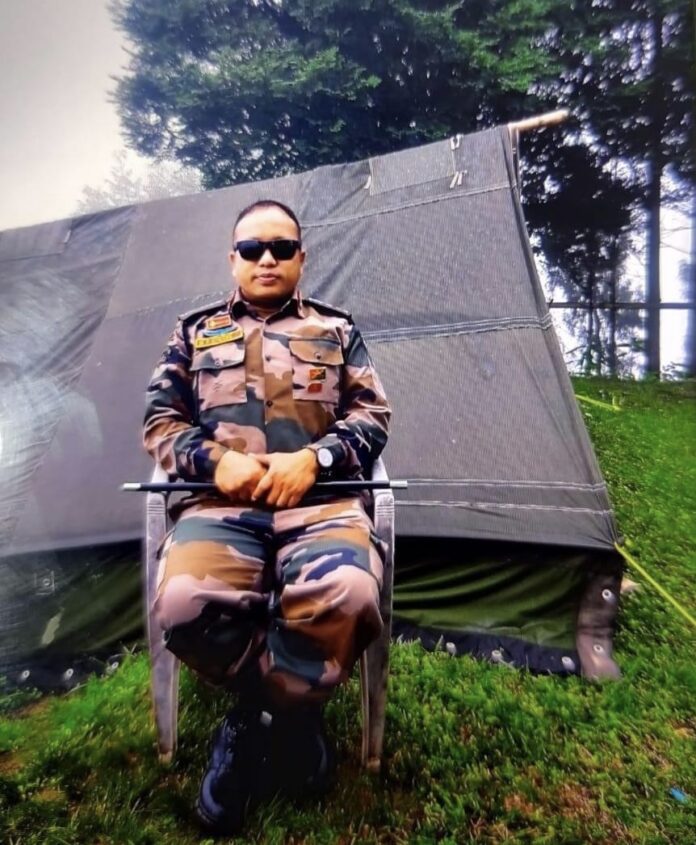 Troops of Trishakti Corps along with local police conducted a Joint Operation at about 6 AM on 29 Dec and apprehended a person from Pashupati market under PS Sukhiapokhri, Darjeeling.

The operation was based on inputs about an imposter posing as serving army officer, namely Colonel Mann Bdr Gurung who was involved in fake recruitment activities and was in contact with number of Nepalese nationals.

Initial investigation has revealed the person as Mann Bdr Gurung, resident of Taratal , PS Pokhara, Dist Bardiya (Nepal) and is a deserter from Nepal Army.

The individual was produced in court of district magistrate on 30 Dec 22 and remanded to 7 days police custody for further interrogation.