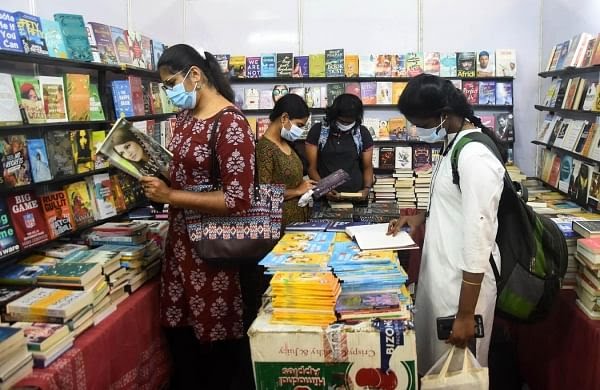 Assam Book Fair (2022-23) begins with fanfare among the book lovers in the region on Thursday. Jointly organised by Publication Board Assam and All Assam Publishers & Book Sellers Association at Assam Engineering Institute playground in Chandmari locality of the city, Asom Granthamela was inaugurated by the reputed Indonesian performing poet Tara Noesantara on 29 December. She appreciated the culture of book reading among the common people in this part of the world and later performed a poetic cultural show along with a co-artiste with traditional Indonesian flavour.

The splendid book fair, which will be open for book appreciators and common people till 9 January 2023 next, has given space to over 150 book stalls (publishers) from northeast India along with Kolkata, New Delhi, Punjab, where 10 publication houses from neighboring Bangladesh are also taking part. A number of events relating to new book releases and literary discussions are scheduled in the 12-day festival where every evening the audience will be enthralled by performing artistes. The cultural programs on the first day, where a number of young people took part, was directed by popular artistes Manoj Barua and Purabi Sarma.

The publication board, which was created by the State government in 1958 with the aims of sponsoring, encouraging and assisting in the literary field of activities, had organised Guwahati Book Fair in the city since the Eighties where the then publication secretary and eminent author Chandra Prasad Saikia took the lead from the front. Lately the State publishers & book sellers association used to organise North East Book Fair in Guwahati. Last year, State chief minister Himanta Biswa Sarma took an initiative to merge both book fairs into one and thus Asom Grantha Mela was born in 2021. Meanwhile it has been expanded to other localities of Assam namely Dhemaji, Jorhat and Bongaigaon.

Speaking to this writer, publication secretary Kalita informed that the first edition of Assam Book Fair was a successful initiative as it did a brisk business of around Rs five crore despite the Covid-19 guidelines. This time, he stated that there are no specific corona restrictions till now, but the organisers remain in touch with the government for any advisories. The closing ceremony will be addressed by State education minister and publication board chairman Dr Ranoj Pegu with a number of dignitaries.