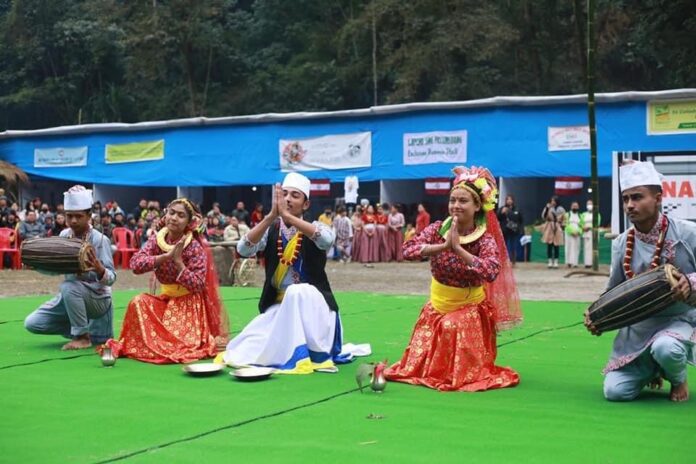 The second day of State Level Namprikdang Namsoong Festival 2022 was graced by Minister, Shri Sonam Lama as the Chief Guest.

Addressing the gathering, Chief Guest, Shri Sonam Lama conveyed his warm wishes on the occasion of Namsoong. He applauded the enthusiasm and effort of the people of Dzongu for splendidly celebrating the festival since 1976 which, he highlighted, has been conserving and promoting the vanishing tradition and culture of the Lepcha community.