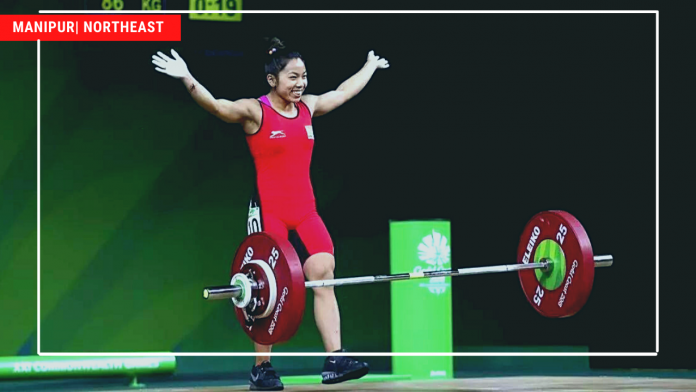 Mirabai Chanu an Indian weightlifter who held from Northeast’s Manipur has qualified for the upcoming Tokyo Olympics. She would be competing in the 49 kg category on Weightlifting.

26-year-old Mirabai Chanu held from Manipur is a three-time gold medalist. She won the bronze medal during the Asian Championship in Tashkent this April 2021. She has qualified, based on her IWF’s Absolute Ranking list, where she is ranked second in the 49kg category.

Manipur CM N Biren Singh expressed his happiness today morning as he wrote on his Facebook wall –
“Hearty congratulations to our daughter Mirabai Chanu on qualifying for the upcoming Tokyo Olympics in Women’s 49 Kg category. Mirabai Chanu has been ranked 2nd in the International Weightlifting Federation’s Absolute Ranking List in the 49 Kg category. May your hard work and dedication bring laurels to the country“

This will be Chanu’s Second time in Olympics, she has also participated in the 2016 Rio D Janeiro Olympics but failed to make it, where she completed in 6th while failing to lift in any attempt in Clean & Jerk.