Governance at the Doorstep” in Dzongu 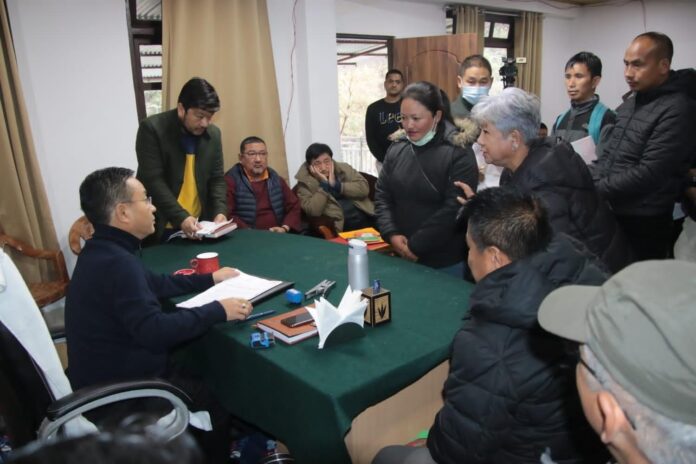 Chief Minister, at the outset briefed the public where he mentioned that the public meeting is being done to have direct contact with the citizens to understand their grievances and address their issues.

The meeting witnessed huge amount of public gathering from the Dzongu Constituency, wherein orderly manner was maintained to provide a stage for public to voice their concerns.

On the mass public meeting, HCM provided medical assistance and government services to those in need.