Brazilian Legend Pelé passed away at 82 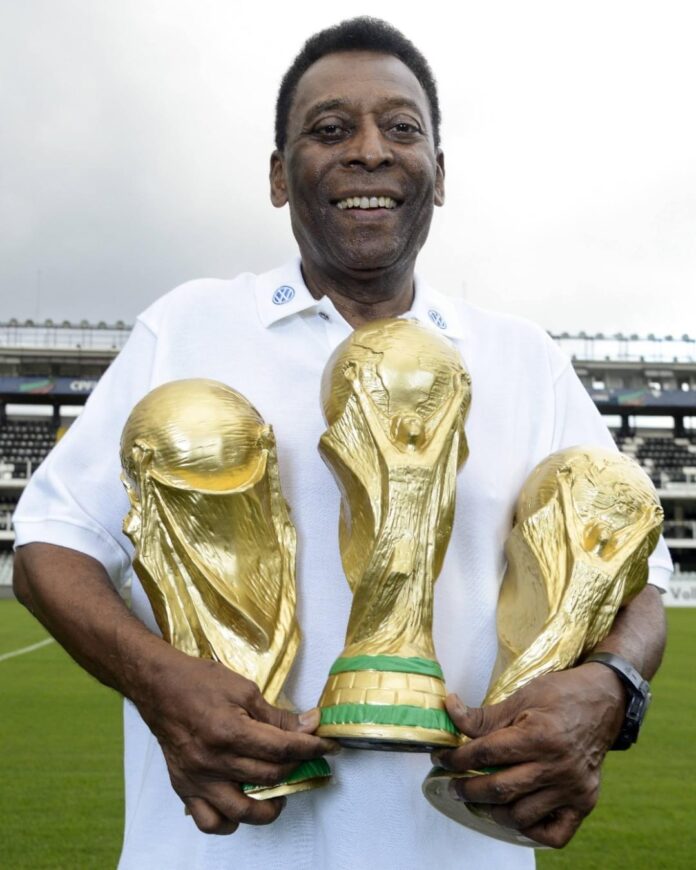 Three-time World Cup winner and a Brazilian football legend, Pele, passed away at the age of 82 on Thursday December 29.

Pele had been battling colon cancer since 2021 and spent this year’s Christmas in hospital, receiving treatment for cardiac and renal dysfunction.

Pele’s daughter Kely Nascimento confirmed the news on Instagram, in a post that said: “Everything we are is thanks to you. We love you infinitely. Rest in peace.”

Widely considered one of the greatest players of all time, Pele is the only player to have won the World Cup on three occasions, as he helped Brazil to success at the 1958, 1962 and 1970 tournaments, also winning the Golden Ball for best player at the latter.

He was outspoken about racism in soccer and supported policies to help people living in poverty.

He won three World Cups for Brazil. His first was aged 17, when he scored 6 goals in the quarter-final, semi-final and final.