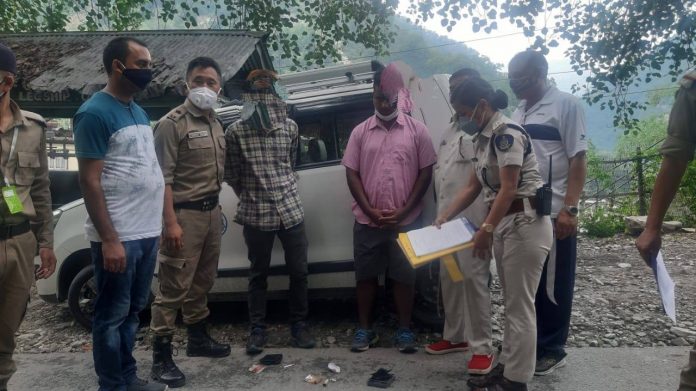 The Sikkim Police has seized brown sugar weighing 10.85 gms in the West Sikkim’s Geyzing and arrested two drug peddlers in this connection, a senior officer said on Saturday.

On 04/06/2021 the police team traced a taxi wagon R which had been halted at the waiting shed, Legship Bazar.

Two persons namely Aeun Subba and Mukesh Mudak were the occupants of the vehicle. On searching Brown Sugar 10.85 gms were recovered from their possession.

The two were on police radar since complaints had been received against both for peddling drugs in and around Geyzing, Legship, and Kewzing areas.

Both were taken in custody and cases have been filed accordingly under relevant sections.