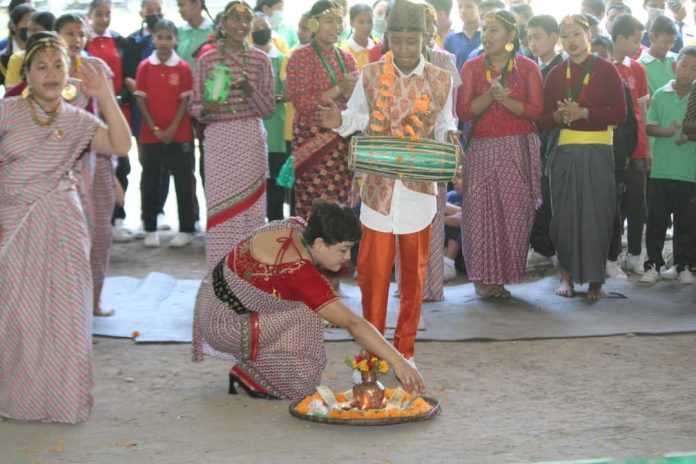 The event was well and it was first time organised in the School under the supervision of the School Headmistress Smt. Prerna Lama ( Piya Lama Lama).

Smt. Sanju Manger (Councillor) graced as a chief guest of the program. Similarly Smt. Cheena Chettri attended as a guest of honour in the program.

The program was beautifully host by Shri. Hari Sharma (Senior Teacher). The School In Charge Shri. Manoj Cintury had also performed a beautifull deusi bhailo Song in the program.

While addressing the students, Chief Guest Smt. Sanju Mangar expressed her gratitude for being invited as a Guest in such a beautiful traditional program. She expressed her thankfulness towards school head for carring out such initiative in which our upcoming generation will be aware of culture and Tradition of oneself.

The distinguished guests had also hand over some amount to captains of the four houses.
The main motive of the event was to make student aware of its culture and tradition and to preserve it.