Sikkim Police paid homage to all the Police martyr 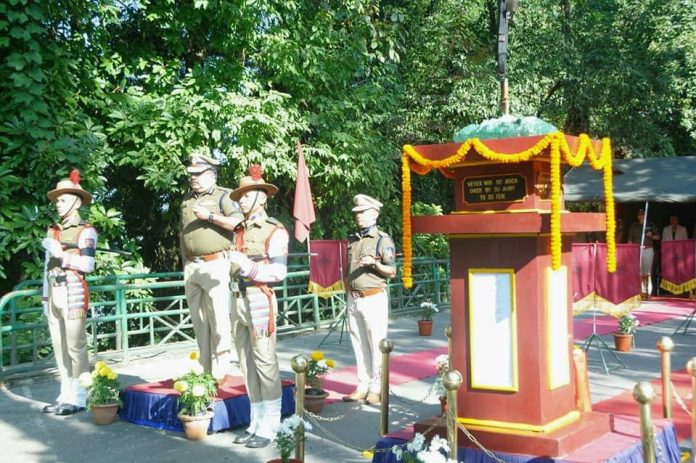 Floral wreaths were placed by Sikkim DGP, Shri Rao, and other Police officers at the Martyr’s stand to pay their respects to the martyrs. The ‘Salami Shastra’ followed by ‘Shok Shastra’ was then performed in honour of the police martyrs who laid down their lives for the safety of citizens of the country.