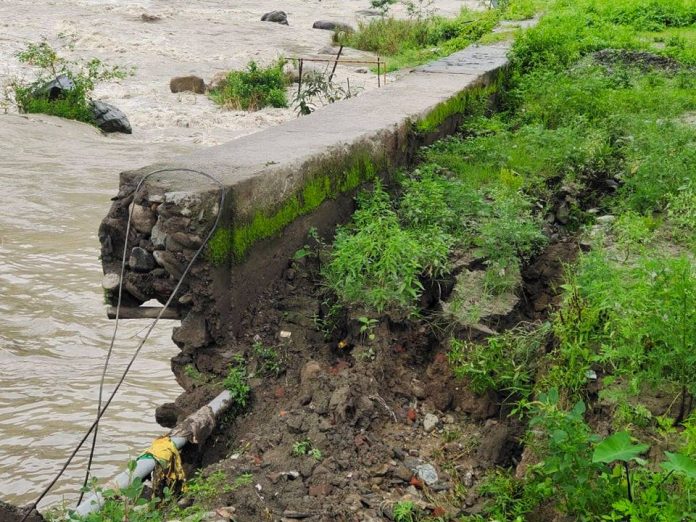 The recent incessant rains in the state have transformed small streams into raging torrents and increased the water volumes of big Rivers like Teesta. The sudden rise in water level is an alarming bell for a few disasters in making. A portion of the protective wall guiding the flow of the Teesta has been washed away. A complete washout is evident if not taken care of and we are only in the first week of June.

The illegal quarrying, sand mining and breaking up of river boulders is the main reason for rivers to change courses and pose a threat. If this issue is not addressed at the earliest, the under-construction via-duct might be damaged.

Also, the settlements near the river belts are always at a threat during every monsoon. Most of the river belts in Sikkim have been plundered by sand mafias and river boulders broken down by stone breakers to feed them into the illegal crusher plants mushrooming in every nook and corner along the riverside. Sikkim is inviting a catastrophe and this will be man-made and not natural.