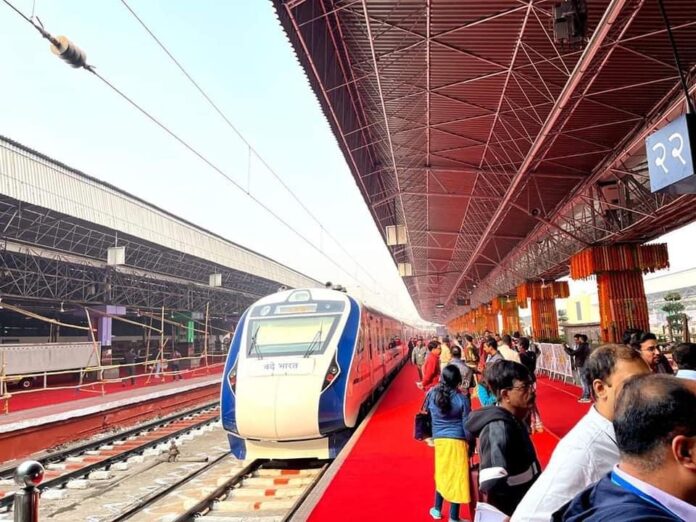 The Howrah-New Jalpaiguri Vande Bharat Express train will cover the distance in eight hours and will be in operation six days a week (except Wednesdays).

The train will stop at Malda Town, Barsoi and Kishanganj stations en route in both directions.

Semi-high-speed Vande Bharat Express can run up to a maximum speed of 160 kmph and has travel classes like Shatabdi trains but with better facilities.

The Prime Minister also laid the foundation stone for the redevelopment of the New Jalpaiguri Railway Station in the state.