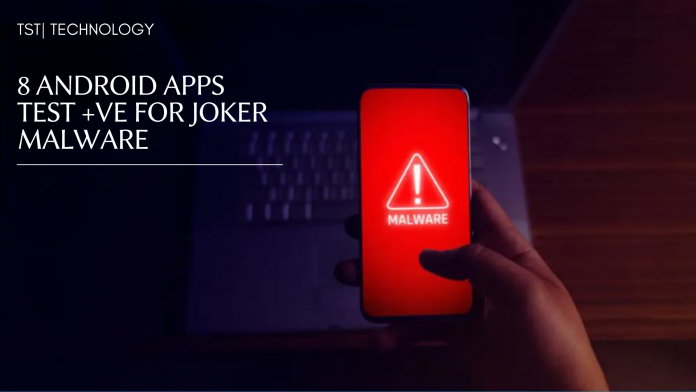 The Joker is a dangerous malware that was recently floating in some android app, it will easily access & bypass your data on your mobile phone.

Yesterday it has been a nightmare in Google headquarters, where Google has found Joker Malware. Google has said eight apps in the play store have been affected by this Joker malware which will be a threat to people’s data.

If you have installed any of these apps, you need to delete them right away. You don’t need to open the app just press the icon and uninstall the app.

This Joker malware is dangerous which will hamper your phone’s functioning devices. Once this malware starts functioning, they will steal data from the various connected app in Andriod devives like shopping and banking app in Andriod user. They will collect all personal details from various sources using strain during app function. According to cybersecurity, this malware can also collect OTP.