Are Nepali Traditions of Dewsi-Bhailo Fading Aways into Oblivions? 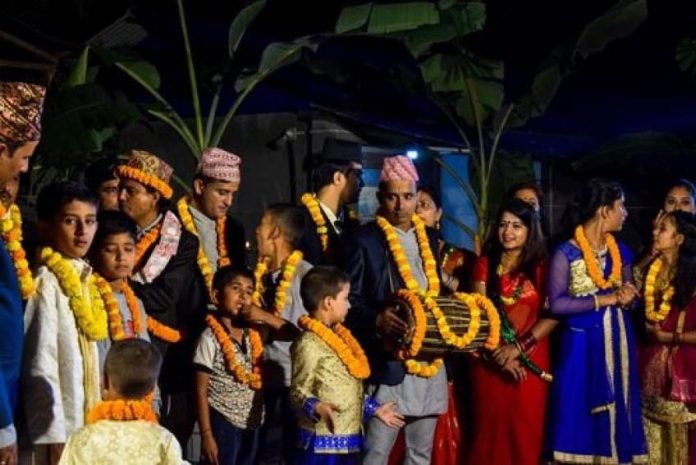 I see Diwali traditions quickly fading in our high-speed world. Once upon a time, countless families used to gather in large numbers to Play Dewsi-Bhailo during the Diwali festival be it with Madal or any musical instrument. Their willingness to share their vibes was the catalyst for some of Nepali’s greatest festivals & traditions. Be it poor people’s houses or rich people’s houses symbols of the Diwali festival used to seem blossomed as a result of great traditional gestures by playing Dewsi in a large group.

Today there are a shrinking number of Nepali Community doing the great things that make Dewsi-Bhailo stand out as a beacon of generosity. Unlike other festivals, Diwali has some significance and has different traditions tagged according to the importance. Every household used to echo our culture and joy. Back then, Dewsi-Bhailo Team would come to everyone’s house for singing “Jhilimili-Jhimili” which would start from an afternoon of Lakshmi Puja to till Morning, rural would felt great to listen to this all as they would say “Laxmi has Come”. Once the first group left, the new group would be welcomed with the utmost respect and also a few dances in the beginning (which are part of the festival vibes). There was beauty in every house with lightning and firework which used to give great goosebumps which felt like a real festival. Celebrations are just not the same anymore. Nowadays Dewsi Bhailo team has shifted to play in urban families, playing in rural seems very less. It is a very sad situation. The beauty of a festival lies in the traditions and these traditions are enriched if it is celebrated with both rural and urban families.

No wonder, there is no way to stop the clock and give our population a temporary conscience check. We’re moving much too fast with technology, and are far too preoccupied with less important things at a time when tradition after tradition is fading away.

The truth about today’s generation is, In the era of unemployment nobody has got the time and energy to follow anything now. In quest of being equal to men, women are busy building careers and are left with no energy or desire to perform small yet significant rituals. Festivals have now become synonymous with the whole communities having meetings together and playing Dewsi Bhailoo in traditional attire. Nepali has a special way of celebrating festivals and it is sad to see that our festivals are losing their essence. I feel the elder should take up the responsibility to follow traditions so that younger generations understand their importance and follow them.

In Uttar Pradesh, last year, Chief Minister Yogi Adityanath is doing all possibilities to bring Diwali vibes in Birthplace of Lord Rama, lightning 12 lakh of Diya. For the last four years, Ayodhya has been celebrating the festival of lights in a grand way which caught the attention of millions of Hindus across the Global. The celebrations are held to showcase the district’s rich culture and heritage.

What About the Nepali Culture of Diwali which is fading away slowly?

Last year, The Chief Minister of Sikkim PS Tamang was seen hosting Diwali in a grand manner in his residency Mintokgang, Gangtok. Invited hundreds of young as well as elder people to perform Dewsi-Bhailo and Song as well as dance. It’s the first time in Sikkim it has been witnessed which can be seen many elder people turned up with traditional attire playing Dewsi Bhailo with traditional Madal and flute.

This has encourage elder people to continue doing as well as younger people to take inspiration where generation can be followed in future and be part of the happiness of Rural as well as Urban family who wait for Dewsi Bhailoo team to come and home blissful.