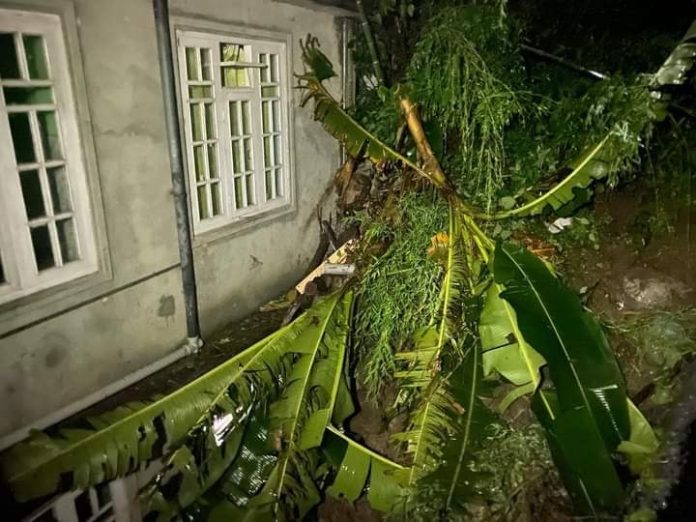 40-year-old women, including her 70-year-old mother, were hit as a massive landslide hit their house at Sichey near Tamang Gumpa in Gangtok, east district in the wee hours.

The landslide that occurred around 7 PM buried the house when the occupants were there in the kitchen preparing for the food, Gangtok SDM Robin Sewa said.

A seventy-year-old mother of the deceased, who was trapped inside the landslide, was rescued, SDM said, adding that she sustained injuries on her body and was shifted to the nearest hospital for treatment.

State Disaster Response Force (SDRF) personnel took three hours to rescue bodies from the landslide, while a hunt for the missing person was on.

Meanwhile, her 70 year old mother and a woman residing in the same building have sustained minor injuries.

It took almost an hour for the rescue team of SDRF to take out the body from the slide.

Expressing grief, Gangtok SDM Robin Sewa who was present there ordered all possible to rescue them when local people witnessed it and alerted them to the nearest station.

He appealed to the people residing in vulnerable areas to be cautious and move to safer places.

SDM Sewa said according to the India Meteorological Department (IMD), heavy rain is expected across the state in the next few days and urged people to take all precautionary measures.

Heavy rains for the last few days have triggered landslides in Sikkim and Northeast that have left a trail of devastation in the state, damaging roads and houses.

Landslides have been reported from various locations in south-north and west Sikkim and capital region where north- east connecting bridge also collapsed.

Besides, road communication has been badly affected and the water level in the streams and rivers in the east Sikkim like bhusuk river and Teesta has also risen.

The water supply project at Gangtok has also been damaged due to a landslide and there has been a water crisis in Gangtok for the last few days. Public work officials Gangtok said water supply to Gangtok has been affected as the restoration work is going on.