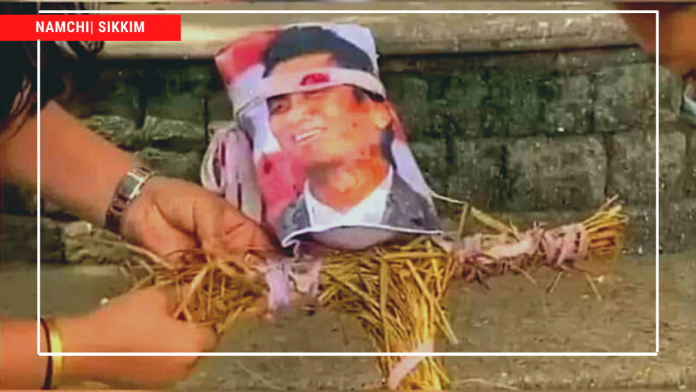 Nine women were arrested by Namchi Police today morning in a case related to burning Bhaichung Bhutia’s effigy in Namchi on 9 June 2021.

Last day, Former Indian football captain Bhaichung Bhutia made a statement against 300 bedded hospital which was recently laid the foundation by the Chief Minister of Sikkim Shri Prem Singh Golay. Whereas, Bhaichung’s statement create protests in Namchi Bazar which was lead by south women morcha.

And the case has been registered against them by District Collector in Namchi Police Station under case number 18/2021 under section 188/34 IPC, read with section 51 of Disaster Management Act 2005 for the violation of the law.

In protest, there were 19 women involved out of which nine were arrested by The Sikkim Police today morning and investigation is still going on.