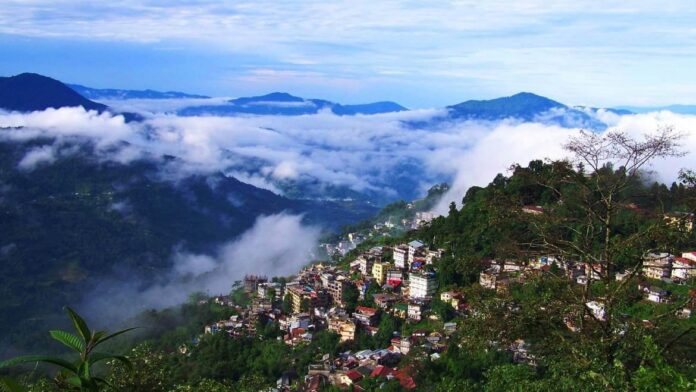 Northeast india is in cold wave conditions as temperatures in each state making life difficult for the people.

As said by IMD, North Sikkim’s zero and Gurudongmar witness snowfalls today the lowest minimum temperature of 2- 0.0 deg C was reported over there, according to India Metrological Department.

The Sikkim’s capital Gangtok reeled under a cold wave and foggy conditions, causing disruption of normal life. Sikkim on Wednesday recorded a minimum temperature of 9 degrees celsius while most parts of northeast India today witnessed temperatures in a range between 3 to 7 degrees Celsius said India Meteorological Department (IMD) on Wednesday.

Besides Sikkim , reports of snowfall came in from many other parts of Arunachal Pradesh. “Severe cold reported at most places over Assam; Cold day at most locations with isolated severe cold day reported over Mizoram , Shillong , and Part of Darjeeling also. Besides this, Bangladeshi tourist can also seen rising in Sikkim in large number as government has released notification saying to wear mask and maintain social distance.

Due to moisture, dense fog is possible over isolated parts of northeast during the next two days, according to IMD