Here is how we can all combat climate change 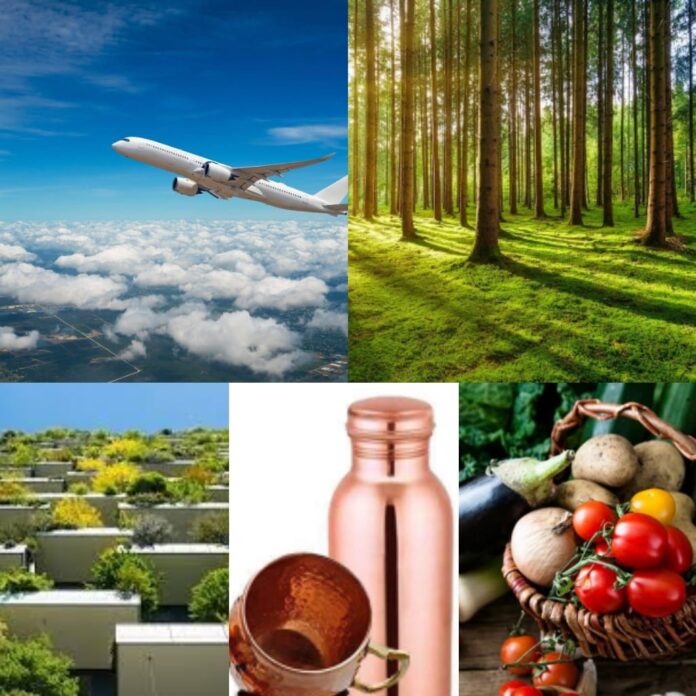 Five lifestyle practices that can help us reduce our carbon footprint Environmental news portal GreenStories in a December report has stated that “Over 170 million Indians living along India’s coasts may be displaced by the year 2070 because of climate change.” We could do well to heed the UN Environment Program (UNEP) which has emphasised that the world needs to cut carbon emissions by 50 per cent within a decade to avert an irreversible crisis.

Here a few steps we could all take to combat climate change:

Endorse a climate-smart forest economy The World Economic Forum says, ” In a future built on a carbon-smart forest economy, forests can support cities and, in return, cities can – and need to – support forests.” In fact social organisations like Grow-Trees.com are already supporting a climate smart forest economy and afforestation by planting indigenous species in eco sensitive zones, providing livelihoods to local communities and also building green lung spaces in overheated urban spaces. Trees can sequester about 150 kilograms of carbon dioxide per year, can reduce the temperature by up to 8 degrees and filter the air, by removing pollutants and dust particles. The world’s forests store an estimated 296 gigatonnes of carbon dioxide and so donating, planting trees or joining initiatives like Grow-Trees.com can go a long way in removing carbon from the atmosphere.

Make wiser food choices The Food and Agricultural Organisation (FAO) endorses diets that have low environmental impact and contribute to food and nutrition security. Hence it is wiser to choose sustainable ingredients – those which do not pollute water or soil and which have not been grown with the help of toxic fertilisers or pesticides. It is always better to choose plant based, local and organic food over imported produce. Having our own kitchen garden can also cut down on packaging waste and provide us fresh produce with almost zero carbon footprint.

Switch to sustainable metal options People are increasingly choosing copper water bottles due to their antioxidant and anti-carcinogenic properties. Since it is rust-resistant, copper is also a popular alternative building material and is used often for plumbing, piping and roofing. This material is also recyclable without change in quality. The International Copper Association, states that of the 26.7 million tonnes of copper used globally between the years 2009 and 2019, 32 percent were sourced through recycling. From a sustainability point of view, green metals win over other materials because they are durable, and aesthetic as well.
Build greener homes The Indian Brand Equity Foundation has noted that the real estate demand in India is expected to rise to 15 to 18 billion square feet by 2025. This in turn results in increased construction activities which will further lead to a spike in carbon emissions. Raw materials such as concrete, cement and steel emit greenhouse gases and so choosing sustainable engineered wood, cross-laminated or mass timber and long-lasting materials that are fire, earthquake and explosive resistant is smarter. Architecture 2030 states that buildings account for nearly 40% of all greenhouse gas emissions and so we should think harder about how to build energy efficient green homes using local materials.

Avoid energy guzzling cruises Cruise holidays/trips may be thrilling and adventurous, but a large number of people are unaware of their ecological impact. A 2021 study by the Science journal ScienceDirect states that cruise ships can cause a carbon footprint greater than 12,000 cars! Ships emit 2.9% of global carbon, which comes to over a billion tons of carbon dioxide annually. These ships also generate a tonne of waste per day. The Cruise Ship Report Card of 2021 mentions that a cruise journey can affect fragile marine life, air, water, and wildlife. So, next time you plan an international trip, opt for air travel rather than a cruise adventure!