The Myth Of The Aryan Invasion Theory

The main idea to interpret and generally devalue the ancient history of India is The Aryan Invasion Theory. It’s a hypothesis that speculates that the Aryans, the people who wrote the Vedas might be barbaric fair-skinned nomads. Further, that they migrated from Central Asia and destroyed the Indigenous Harappan civilization, inhabited by the dark-skinned Dravidians. The exodus of the Aryans happened around 1500-1450 BC. They arrived on their horse-drawn chariots and iron weapons. Moreover, overthrew the cities of the more advanced Indus valley culture, with their superior battle tactics.

This theory was first introduced by the Germans and then propagated by the British. Influential men like Macaulay, with the help of the East India Company, widely propagated this theory in India for the sake of Christianity. He even took reference of the battle between light and darkness mentioned in the Vedas. Above all, interpreted it as the battle between the fair-skinned Aryans and dark-skinned Dravidians to suit their narrative.

The word “Aryan” doesn’t exist in Sanskrit. What exists is the word “Arya” and this word has nothing to do with race. It means a worthy, respectable, honorable, or noble person. It is mentioned a few times in the Rig Veda to denote a good worthy family man who respects the traditions of his country, a good housekeeper and duly performs the rites of yajña. An Arya can be a Brahmin or a Kshatriya or a Vyshya or a Shudra. Anyone worthy and honorable from any section of society is Arya.

In the Ramayana, Shri Ram was an Arya. In the Mahabharata, the Pandavas were Arya because they were kings of great character. A man of principle, a man of character who is an example to others, a leader is an Arya. People like Swami Vivekanand, Mahatma Gandhi, Rani Lakshmi Bai and APJ Abdul Kalam all are Aryas.

Over the years the word Arya has found its place in various Indian languages. The words ariya, ayya, ajja and aje are the distorted versions of the word Arya. These are in languages such as Pali and Prakriti. It has taken the form of “ayya” in Telugu, Tamil and Kannada.

The word “Arya” is probably one of the most misused, misunderstood and misinterpreted words in recent times. After Hitler adapted the word to denote the pure German race, the word became synonymous with racism. This was used politically for some 160 years by major state actors such as the British empire and Nazi Germany. Also, in India by Jawaharlal Nehru, the Ambedkarites (though BR Ambedkar himself emphatically rejected it), the Dravidianists, the missionaries and of course, the secularists.

This bunch of lies that the East India Company perpetuated, created a conflict between North and South Indians. This had a lasting effect. The British fostered it and financed it and through English education made sure that no one knew the source of the Indian culture. They provided a platform from where the newly educated Indian elite would see the differences between them and the Bible and choose the latter.

The rift created led to the Dravidian movement in Tamil Nadu which changed the politics of the land forever. It went to such an extent that during the final days of British rule, they wanted a separate Dravidastan. When they were denied, they begged the British not to leave India especially Tamil Nadu.

They could not identify themselves as Indians and the concept of one India seemed alien to them.

To begin with, the word Dravida is not a Tamil word. The Dravidian word is a Sanskrit word. Propagated by Adi Shankaracharya when he set out on his goal of spiritually re-unifying India. At that time six primary orthodox schools of philosophy exist in India. They are – nyaya, vaisheshika, mimamsa, vedanta, sankhya and yoga. At different periods in time, India has produced exceptional scholars who were unconditional masters in these respective schools of thought. It has often been the custom among learned men to debate the merits and demerits of these various systems of philosophy.

When one scholar won, typically the other would renounce his philosophy to serve the winner as a disciple. Of course, the disciple’s disciples also became new disciples. Shankaracharya realized that unless he was able to win over his powerful rivals, his goal of spiritually re-unifying India would remain difficult to fulfil. So he set out on a tour throughout India debating with great scholars of each school of thought and defeating them.

One such famous debate took place between the two very renowned scholars – Adi Shankaracharya and Mandana Misra at Varanasi. At the beginning of the debate when the judge asked Adi Shankaracharya for his introduction he replied “I am a Dravida Shishu.” The Sanskrit word Dravida is a combination of two words “Drav” meaning water and “Vid” meaning ridge or edge. So the word Dravida roughly translates into “the edge of water” or “the place where waters meet.” The word Dravida is purely geographical which Adi Shankaracharya had used to tell the North Indians that he was from the South of India from a place where three water bodies or oceans meet.

Negation of the AIT:

Recent DNA evidence further negates the Aryan invasion theory. Advances in genetics make it possible to show ancient migrations. Research around the world proved that the race Aryan didn’t exist anywhere else other than India. So there is no question of Aryans coming from Central Asia and Middle Asia. To test this hypothesis many leading agencies in the field of genetics took the DNA samples from the people of various races living in Central Asia middle Asia and East Asia and compare them to the DNA samples taken from North Indians and South Indians of different casts. The DNA samples taken from India didn’t match with any race of people from Central Asia or middle Asia.

However, we find the reverse Indians went from India to Central Asia to South Asia and East Asia and went all over the world and spread dangerous culture tradition and religion throughout the world. Also, the DNA of North Indians and South Indians were the same. So the entire of India is only one race of people indigenous to the land.

Geographical details also challenge the theory. The recent discovery of the dried-up Saraswati River further negates the Aryan invasion theory. Satellite photography from outer space shows the existence of a dried-up river bed in Northern India. The archaeological evidence indicates that the river dried up completely about 1900 BC, much before 1500 BC, the date ascribed to Aryan invasions. Saraswati is mentioned numerous times in the Vedic scriptures of the Aryans, indicating that these people lived in India during very ancient times. The Rig Veda has numerous references to the ocean, ships, sailing, storms and waves, all of which invaders from Central Asia would not have known about.

From the study of genetics and geography and ancient texts now it is generally accepted that modern man arose in East Africa about 200,000 years ago. From there, they spread to India about 90,000 years ago taking the southern route to Yemen, Sindh and the Indus region. In India, along the banks of river Saraswati, they multiplied and spread to other parts of Asia and Europe. Africa was the cradle of mankind and India was its nursery. When Saraswati dried up these people were forced to leave their homes and some migrated towards the south and some towards Europe taking their culture and traditions with them.

One should wonder why of all the nations in the world, India alone is historically known as Aryavarta, the land of the Aryas? If the Aryas came from Europe or elsewhere, those countries too should have been known as the same. India was and is the birthplace of Aryas, the ancient men of nobility, the original followers of the Vedic way of life, who were frequently mentioned in the Upanishads.

But in India after 800 years of Islamic rule and 200 years of Christian rule and we’re still 80% Hindus. In India, the foreigners could not apply the same methods with this civilizational state which they have applied elsewhere successfully. We Indians fought against them and resisted them in every step. So the Christian invaders systematically studied Indian civilization to manufacture perverted interpretations of sacred traditions and prove that Hindus were/are a bunch of barbarians and such barbarianism is inbuilt in their tradition. India has never been a free land of the indigenous people and whoever came from outside dominated and ruled the people existing before them. And this gave birth to the most bizarre theory in history known as “The Aryan Invasion Theory.”

This theory was to justify the rule of the invaders and portraying them as a superior culture that every Indian should adopt. It was a vast cover-up that made the Indians look down upon their native religious scriptures as something foreign and alien to them. It deliberately theorized so that Indians should not go back to their roots and look down upon the Vedic culture as nomadic warriors without any useful wisdom or knowledge which can be derived from them. 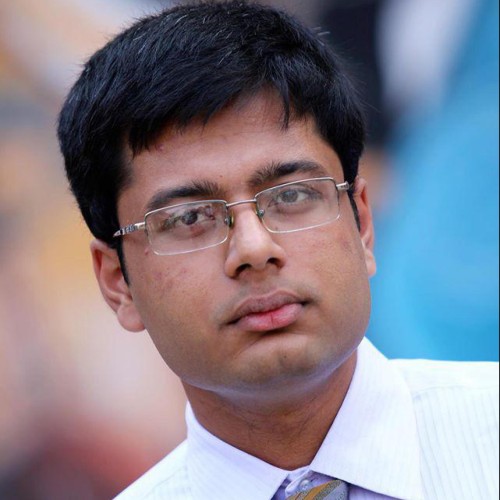 Rohit Mishra
Rohit Mishra is currently a manager in RINL - A steel plant under Ministry of Steel. Engineer from NIT Rourkela. He is a good orator and is a regular writer for newspapers. Politics and theology are his cup of tea. He often quotes the line "Indian by birth, Hindu by the grace of God."