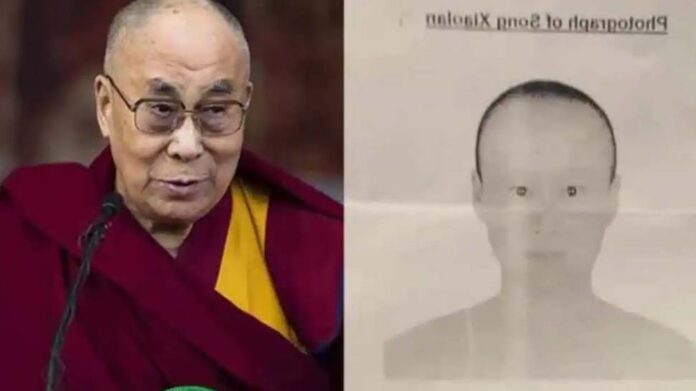 Yesterday Bihar Police managed to nab a Chinese woman, suspected to be a Chinese spy who came to Bodh Gaya to monitor the activities of exiled Tibetan religious leader, the Dalai Lama, from a guest house in the town on Thursday evening.

SSP Gaya Mrs Kaur said that the woman, identified as Sang Zielone, is staying here in Gaya illegally after her visa expired.

Yesterday morning, Gaya police has released her sketch warning people she can be Chinese spy.

“We are interrogating her on all points. She claimed that she came to Bodh Gaya to participate in teaching sessions of the Dalai Lama. We are also investigating the documents she is carrying,” SSP Harpreet Kaur said.

“Sang came to India for the first time on October 19, 2019 on a tourist visa and also participated in the teaching sessions of the Dalai Lama in Bodh Gaya. She went to Nepal on January 16, 2019 and returned to India 4 days later. As per the law pertaining to tourist visa, she had to return to her home country within 90 days but she violated the norms. She also stayed in Central Tibet Sawa association in Mcleodganj in Himachal Pradesh. The accused claimed that she did not return to China during the pandemic,” she added.

“Sang came to Bodh Gaya on December 22 this year to participate in teaching sessions of the Dalai Lama. The FRRO Kolkata had issued a ‘Leave India’ notice to her but she ignored it and was illegally residing in the country. We have started the proceedings of deportation and will hand over her to FRRO Delhi for the same,” the police official added.

The SSP had earlier said that they had an input about a Chinese woman in Bodh Gaya, and had alerted every hotel, lodge, guest house, and Buddhist monastery to inform the Gaya police if she is found anywhere. “We have also released a phone number 9431822208 for any information. We are also searching for her but have not located so far,” she said.

“We have enhanced the security around the Dalai Lama. The numbers of CCTV cameras are also increasing. People are allowed in Kaal Chakra ground only with proper documents and identity verification,” Kaur said.

The Dalai Lama arrived in Bodh Gaya on December 23 and will stay here for one month.