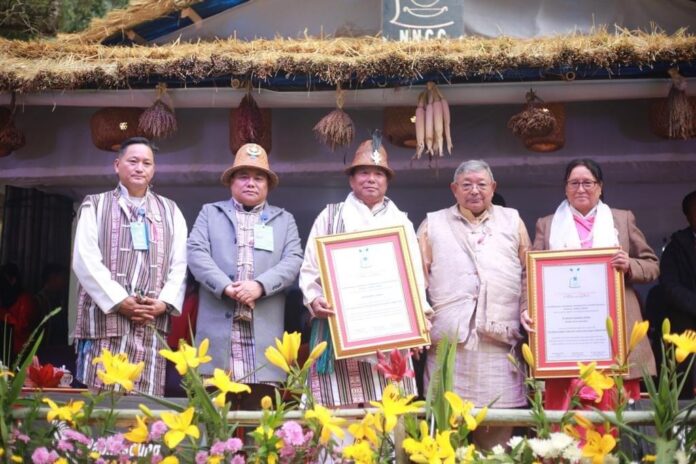 The State level festival which will be held for three days Commences.

The three days long festival is being celebrated with the aspiration of preserving and promoting Lepcha culture. The festival will feature music & traditions programs, local delicacies, arts & artefacts and indigenous sports over the course of three days.

At the outset, MLA Dzongu, Shri Pintso Namgyal Lepcha in his short address, conveyed his warm welcome to everyone present at the first day of the festival.

Speaking on the occasion, Chief Guest, Shri Kunga Nima Lepcha, expressed his happiness on witnessing the festival here at Dzongu.
He further extended his warmest greetings on the auspicious occasion of Namsoong.
In his address, he praised the land of Dzongu as heaven on earth, and applauded the progress made by the people in the region.
Lastly, he gave a brief talk on various upcoming education policies in the state, which would benefit the prohibition teachers and directly improve the quality of education in the state.